In Not One Less, Zhang delivers a painful lesson in economics, in which every cent counts. This equation is masterfully handled by Zhang with his own ineffable sense of economy. A single piece of chalk becomes a moving instrument in his hands, once its price is revealed. Zhang exposes a hard country, where even a simple smile comes dear.
Mark Magill

Not One Less ( 一个都不能少 | Yīgè dōu bùnéng shǎo)  is a 1999 drama film by Chinese director Zhang Yimou, adapted from Shi Xiangsheng’s 1997 story A Sun in the Sky 天上有个太阳.
In a remote mountain village, the local teacher must leave for a month, and the mayor can find only a 13-year old girl, Wei Minzhi, to substitute. The teacher leaves one stick of chalk for each day and promises her an extra 10 yuan if there’s not one less student when he returns.
Within days, poverty forces the class troublemaker, Zhang Huike, to leave for the city to work. The stubborn Minzhi is determined to bring him back. She enlists the 26 remaining pupils in earning money for her trip. She hitches to Jiangjiakou City and begins her search. The boy, meanwhile, is there, lost and begging for food. Minzhi’s resolve may be Huike and the village school’s salvation.
The film addresses education reform in China, the economic gap between urban and rural populations, and the prevalence of bureaucracy and authority figures in everyday life.
It is filmed in a neorealist/documentary style with a troupe of non-professional actors who play characters with the same names and occupations as the actors have in real life, blurring the boundaries between drama and reality. 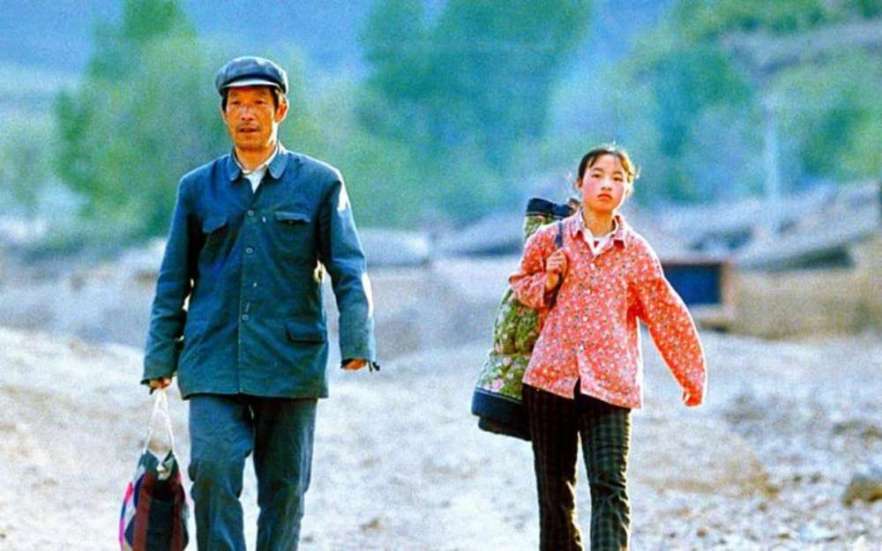 A Substitute Teacher Is Put to the Test

Zhang Yimou’s ”Not One Less” enlarges the possibilities of filmmaking even as it grounds itself in one of cinema’s oldest, most basic principles: the camera’s ability to document reality.
Mr. Zhang is best known for heart-wrenching, visually stunning period dramas like ”Raise the Red Lantern” and ”Shanghai Triad,” and for his association with Gong Li, one of the outstanding film actresses of our time. In ”Not One Less,” he has chosen to work with a cast of ordinary villagers and city dwellers — schoolchildren, shopkeepers and minor functionaries — most of whom play themselves. And he has restrained his painterly temperament — the sense of color and composition he used to magnificent effect in movies like ”Ju Dou” and ”Red Sorghum” — preferring simply to observe the ragged textures and jerky rhythms of daily life in a poor, dusty corner of modern China.
”Not One Less” is, among other things, about scarcity. In one early scene, an elderly teacher painstakingly counts out 26 pieces of chalk, one for each day of the month he will be absent. When the chalk is broken and trampled because of the carelessness of his temporary replacement, you feel an almost sickening sense of waste. And later you feel something like awe at the sight of 27 children sharing their reward for a hot day’s Sisyphean labor in a brickyard: two lukewarm cans of Coca-Cola, which is all they can afford.
Despite its deliberate austerity, ”Not One Less” is extraordinarily rich. And despite the look and pace of raw documentary film, the movie is a splendid, assured piece of storytelling. Its narrative emerges slowly and organically from a mass of observed detail so that it feels like a series of events the camera has discovered out in the world, rather than like the realization of a scheme the filmmaker has devised beforehand in his mind.
At the center of ”Not One Less” is Wei (Wei Minzhi), a 13-year-old primary school graduate who has been pressed into service as a substitute teacher in the Shuiquan Primary School. She stands a few inches taller than her charges, and it is hard not to hear more than a trace of irony in their voices when they address her, according to the dictates of courtesy and custom, as ”Teacher Wei.” Her main qualifications, other than the fact that no one else wants the job, are an innate, unsmiling bossiness, neat handwriting and her ability to perform, in a tentative, quavering voice, one song about Chairman Mao.
The film’s first half is like a cinema-verite debunking of every uplifting heroic-teacher melodrama from ”The Corn Is Green” to ”Dangerous Minds.” Teacher Wei writes lessons on the blackboard, her students copy them into notebooks and everybody seems pretty miserable. Pedagogical rapport is out of the question: either Wei succeeds in browbeating her pupils or they succeed in humiliating her. (The impulse to abuse substitute teachers seems to transcend cultures.)
Especially successful is Zhang Huike, who drives Wei to paroxysms of frustration. (The class clown is also, apparently, a universal archetype, unless young Zhang Huike has access to pirated satellite broadcasts of ”The Simpsons.”)
But then Zhang Huike is sent to the city to work off his parents’ debts. Wei, who has been promised a bonus if she can keep her class intact (this is the source of the film’s title), sets out to bring him home. And the movie, which has so far been a slow, touching study of village life, becomes something else: a work of lyrical realism that has some of the shattering, redemptive power of Vittorio De Sica’s ”Bicycle Thief.”
Wei Minzhi’s performance, if that is the word for it, slowly takes on a heroic cast. Her character is composed of equal parts pigheadedness and cluelessness, which is to say that she’s 13 in a way that anyone who knows a real 13-year-old, or has been one, will recognize. Her sense of how the world works is based on instinct, wishful thinking and second-hand information, and is almost entirely at odds with the way the world works.
The long second half of the film, in which Wei fruitlessly hunts for Zhang Huike on the bewildering streets of the provincial metropolis of Jiangjiakou City, is almost unbearable. Why doesn’t she just give up and go home? Only an infernally stubborn, hopelessly ignorant child would persevere in the face of a world so huge, so unyielding and so casual in its cruelty.
Wei might be the younger sister of the title character in ”The Story of Qiu Ju,” Mr. Zhang’s 1992 film, which starred an almost unrecognizable Gong Li as a pregnant farmer’s wife pursuing an apparently hopeless cause through China’s implacable legal bureaucracy. Like Qiu Ju, Teacher Wei will not take no for an answer, and the force of her will transports this movie beyond naturalism into the realm of poetry.
”Not One Less” earns its emotional payoff the hard way. It may be the greatest film ever made about obstinacy, which it reveals to be not only a virtue, but also a species of grace.

‘Not One Less’ Proves a Departure for Zhang 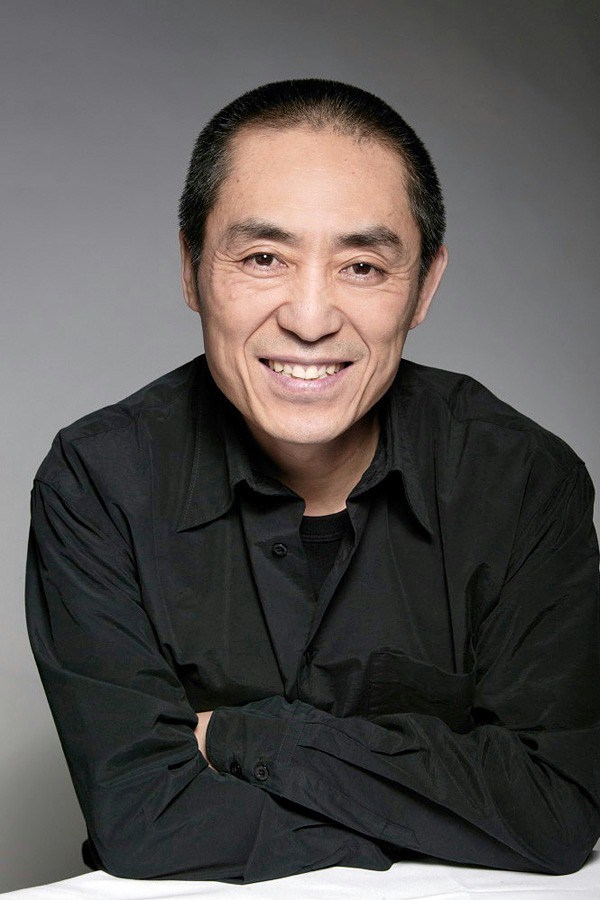 13-year-old Wei Minzhi, who can barely read or write herself, is chosen to take over her impoverished village’s one-room schoolhouse when its sole teacher must suddenly leave for one month to care for his ailing mother. Minzhi is promised extra money to ensure all the students are still there when he gets back, but one goes missing, and she must do everything she can to get him back. 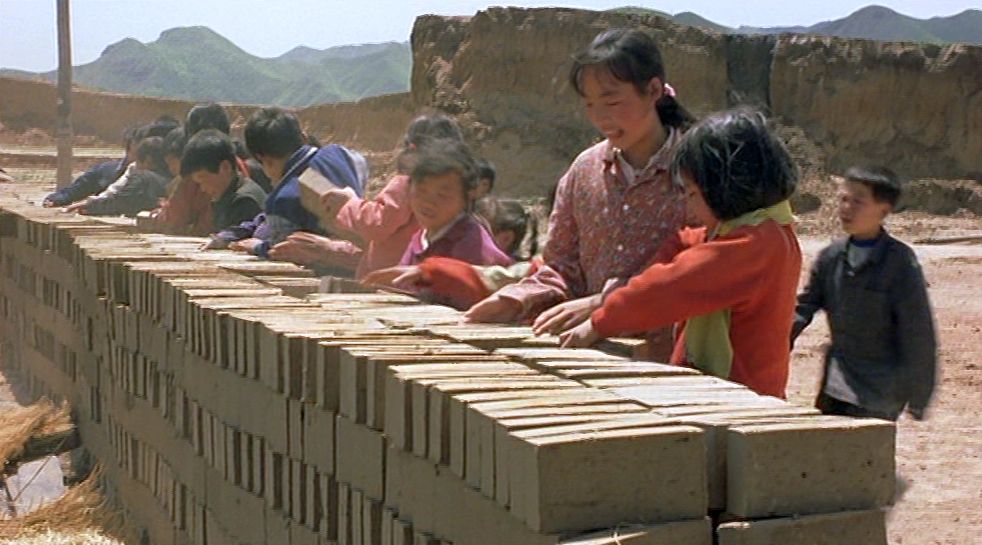